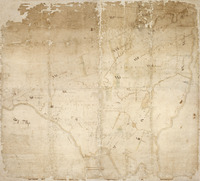 ❏ Abenaki and Mohawk live, work, and create a network of trails along rivers and valleys that become principal transportation routes.

❏  Henry Hudson reaches what is now Waterford in 1606.  Dutch settlers establish communities around Albany, where the Hudson and Mohawk Rivers meet, and forts.

This was a time of war for Americans in Saratoga County. This was also a time for them to settle into their homes and create towns.

❏ The Saratoga Fort was built in 1702 which had 30 homes, flour mills, and blacksmith
shops.

❏ The Queensborough or Kayaderosseras Patent establishes British plans for settlement in what will become Saratoga County.

❏ In the 1740s, French and Indian allies challenge Dutch and British settlers, destroying hamlets and communities in an effort to push them back.  Fort Saratoga was attacked in 1745 and many more time in the next 10 years.
❏ Battle of Saratoga contributes to American independence in  fall  1777
❏ The Saratoga Reformed Church was established by General Philip Schuyler. Schuyler
was voted to be New York’s Senator in 1789


❏ In 1791, the New York State legislature creates the county of Saratoga, and appoints a Board of Supervisors and the first four judges.

❏ In 1792, the County elector casts his vote for President George Washington.
❏ The First Baptist Church was built in 1791 in Stillwater. The First baptist became a large and popular church in Saratoga County 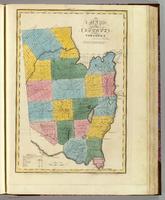 ❏ Construction of the Champlain Canal is completed in 1823 with locks throughout the county in towns such as Waterford, Halfmoon, Mechanicsville, Stillwater, and Northumberland.

❏ Businessman John Clarke buys a section of the town in 1823 and begins bottling, selling, and shipping the spring water.

❏ Erie Canal was completed in 1825 carrying goods from Saratoga County to Buffalo, and the West, adding a new market.

❏ Mohawk and Hudson Railroad, created in 1826,  provided transportation throughout Saratoga County which influenced immigartion to the county

❏ Saratoga and Schenectady Railroad was completed in 1832. This railroad increased tourism to the springs in Ballston and Saratoga Springs.

❏ New York musician Solomun Northup enticed to Washington in 1841 where he is sold into slavery for 12 years.

❏ The first wood-based newsprint paper mill in New York is built in Corinth in 1869.

❏ In the 1890’s Lithuaninan, Polish, and Italians immigrated to Saratoga County, mostly to work in the mills

The 1800’s was highlighted by a large increase of immigration into Saratoga County and increases in transportation options. Saratoga realized they need to increase trade with other towns outside their county and the best way to do this was to build canals and railroads. The late 1800’s saw a great increase in immigartion to Sar

❏ The Conklingville Dam was created in 1930 which protected towns of Day, Hadley, and

Edinburg from major flooding that destroyed crops, roads, and homes. This dam took a long time to be built due to WWII.

❏ Adirondack thruway/Northway (I-87) opens which connects New York City to Albany and Saratoga in 1957, later extending to the Canadian border and Montreal.

❏ Thaddeus Kosciuszko Bridge was built in 1959 and rehabilitated in 1979 which connects Albany and Saratoga Counties. This Bridge was built on the northway and was crucial for creating more efficient transportation by car.

❏ CDTA or Capital District Transportation Authority was created in 1970 that provided transportation by railroad, bus, water, and air to Saratoga County citizens

❏ International Paper closes its factory in Saratoga County in 2004.

❏ In 2006, the first Saratoga Native American festival is held in Congress Park, where Indian Camps happened since the 1860’s.

❏ The first mosque opens (Al-Arqam Center of Saratoga) in Saratoga County in 2017.