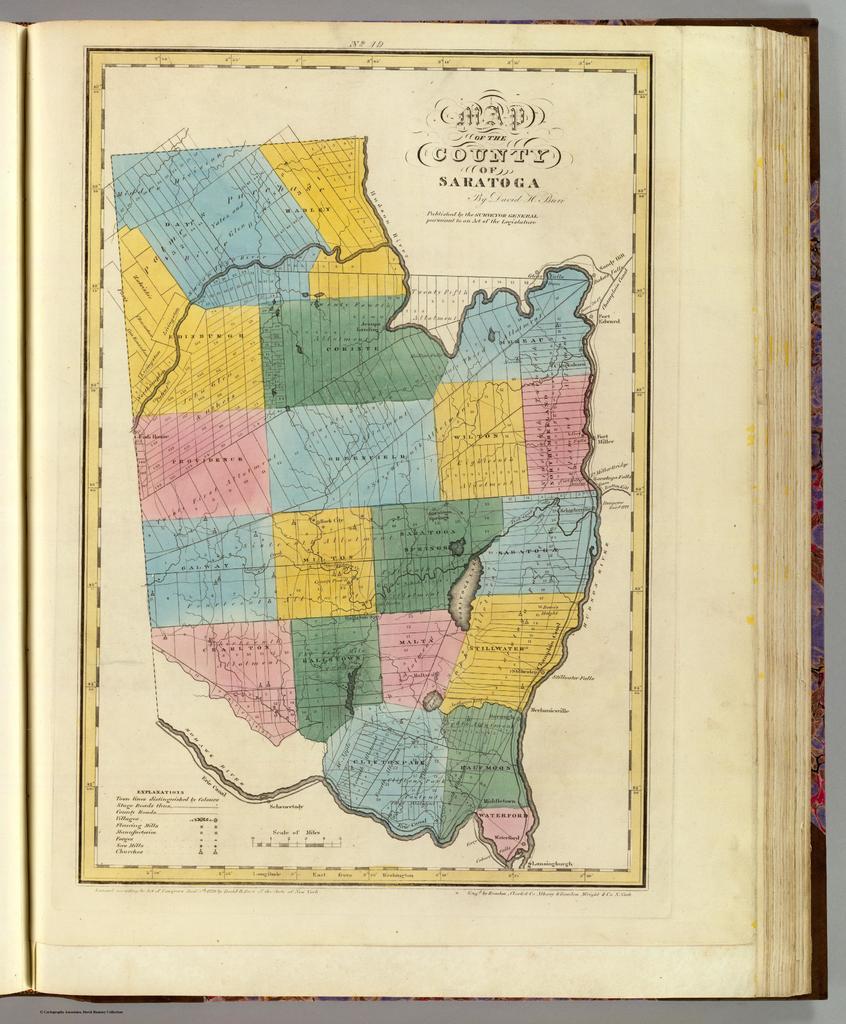 This colored map depicts Saratoga County in 1829 as it was presented to the U.S. Congress. The map details town lines, allotments, and city locations as well as a number of water ways, lakes, roads, churches, and industry buildings. A key at the bottom of the map explains marks indicating sites such as town lines, stage roads, county roads, villages, flouring mills, factories, forges, saw mills, and churches. Latitude and longitude are provided on the map's edges with longitude being referred to as "Longitude East from Washington." Saratoga Springs come from the Fifteenth (entire) and Sixteenth (lots 9-13) allotments.

From the David Rumsey site, "This atlas is the second atlas published in the 19th century of one of the individual states in the U.S., preceded only by Mill's Atlas of South Carolina, issued in 1825, and followed closely, also in 1829, by Greenleaf's Atlas of the State of Maine (Ristow, p96)."