Possibly above all else, Saratoga is widely known for its fantastical waters; from the Hudson River to its numerous mineral springs, the water systems of Saratoga have played a crucial role in the county’s history Beginning with the original Native American inhabitants, this exhibit within an exhibit will, hopefully, strengthen and enrich your understanding of how integral and intertwined the different uses of water were and are in the lives of Saratoga County dwellers.   Click here for the water timeline. 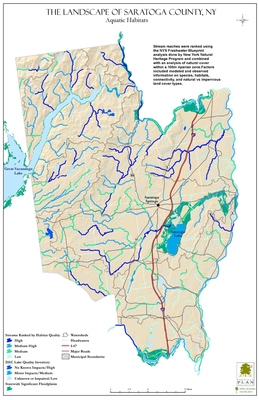 Map detailing the different waterways of Saratoga and their quality 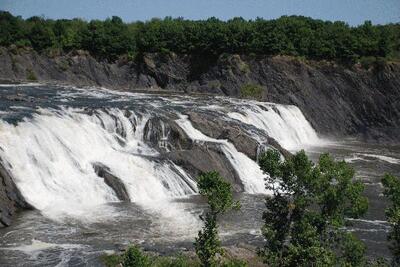 Cohoes Falls- The "great" falls of the Mohawk River

Many, many years ago, before even the original Native American occupants were here, the water of Saratoga was in a totally different state. There weren’t the lake, rivers, or creeks we know today. Back then this area was covered top to bottom with ice. This, however, was short lived- around 490 million years ago this land became an ocean that got shallower the further west you went. Then, over the course of millions of years, the ocean began to subside as tectonic plates under Earth’s surface created earthquakes, which caused fractures in the rock called faults. These faults can be found all over Saratoga County, referred in bunch as the Saratoga Fault, and are the main fault our famous mineral springs come through. 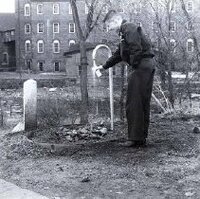 Before there were any Europeans around “Sarach-togue”, or “place of the swift water” as it was once was called before being changed to Saratoga in 1791, was controlled by the Mohicans and the Mohawk tribes. It was these bygone natives that first realized the power of the mineral springs; they used the springs’ water in their medicines and also believed it made their animals’ fur thicker and better for trading. History credits The Mohwaks for being the ones who guided Sir William Johnson to the High Rock mineral springs, the first European man to see them. 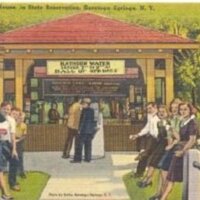 Colored postcard from 1949 of Hathorn Spring House. One of many owned by New York State.

Since the first mineral spring was shown to Sir William Johnson all thoze years ago, the number of springs, while not all of them are open to the public, has grown substantially. In total there are about 50 different spring sites. These natural mineral springs of Saratoga are known worldwide as some of the best. Famous and obscure people alike come from all over just to try these famous waters, and yet very few actually seem to like them. While that might cause a bit of a headache at first, perhaps it could be explained due to the carbonation of the waters, which leaves an odd soda-esque feeling in your mouth. However, despite its weird texture, the springs have tremendous medicinal potential; acne, arthritis, circulatory problems and more are known to benefit from drinking the water, while bathing in it is said to feel like a massage.

Today, you don’t have to go to the springs to enjoy their waters- the mineral water was later bottled and sold, which are often easy to spot given their distinct greenish glass color. In fact, the impact of these mineral waters was so significant that the first word in Saratoga’s motto, “Health, History, Horses,” actually refers to the mineral springs.

Another major use of water, especially before industrial advancements like railroads, was for transportation. In those times, almost all transportation was done by water, and the two main ways of getting around were by the Mohawk River (east to west) or the Hudson River (north to south). Other notable water ways are the Kayaderosseras river, the Saratoga Trail, and the Sacandaga River, and the Anthony Kill system. Many early settlements were along these routes. 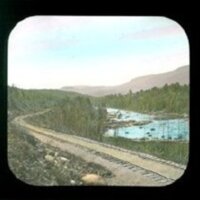 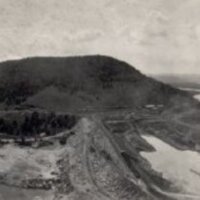 Building the Dam of Lake Sacandaga 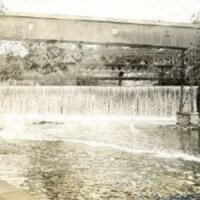 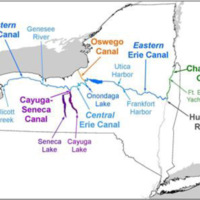 The canals of Saratoga 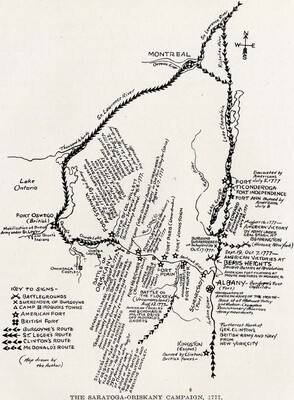 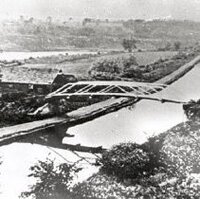 A farmer's bridge over the Erie Canal

While those natural water ways were nice and helpful, as more people started to settle in the area, it became clear that there were too many natural obstacles for people to navigate through; so, during the 1820s, two major canals were to be constructed; the first being the Champlain Canal (1823), which flowed along the Hudson, and connected Montreal to Fort Miller. The second was the Erie Canal (1825), which connected Buffalo, Rome, Rochester, Syracuse, Waterford, Amsterdam, and Schenectady, and was located at the southern part of the county. Many people used canoes, rafts, dugouts, scows or Packet Boats- though the latter was reserved for those who could afford them. These routes were particularly important in establishing trade and would later lead to more job opportunities as warehouses and mills became abundant. 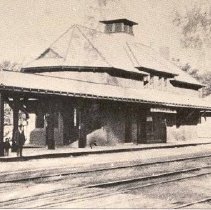 By 1900, transcontinental railroads dominated most travel

Contrary to what you might think, Saratoga has had a long History of water conflicts. In most places conflicts over water occur when there's not enough water for everybody, however, that is not the case for Saratoga. There's definitely no shortage of water here. Instead, the conflict is about water quality- recreational use in which bodies of water, pollution from cars or chemicals, and flooding. 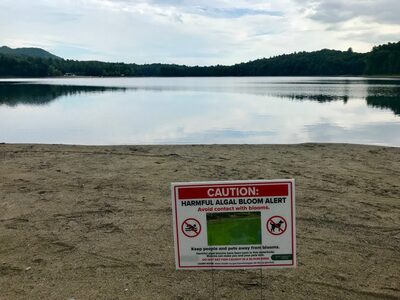 Harking back to an earlier statement, it's not only the mineral springs that some poeople say taste bad, but even the normal tap water too! That is, only if you like your water to always taste the same, and not change withe the seaons. Here in Saratoga Springs, we have a lot of algae in our water, so in order to combate this the town puts a chemical called Copper Sulfate to kill of any algae blooms. However, while this is less harmful, it tastes just as awful!

Saratoga Springs uses Loughberry Lake as its drinking water source, which raise a couple concerns. For instance, Since Loughberry Lake has a heavily used bridge over it, it's not far fetched to imagine a car or truck accidentally falling into the lake, and significally damaging our abilty to have drinking water. Because of this, people have began looking to other places, like the Hudson River or Saratoga Lake, to get fresh water from. However,  this rasises another water conflict itself- who gets to use the water for what? In this case, since Saratoga Lake is a recreational lake- meaning it has things like boats that leave pollution in the water- it cannot also be for drinking. One solution to this shortage of fresh drinking water are "biogardens". This is a method used to purify wastewater that basically lets the Earth do the work for you. this works by letting the wastewater flow through the plants, absorbing only the neutrients, and leaving behind clean effluent.

1771- Sir William Johnson is shown the mineral springs by the Mohawk Tribe.

1823- The Champlain Canal is completed.

1832- The first railroad in New York is laid down between Albany and Schnectady.

1930- Construction of the Dam for Lake Sacandaga is completed.