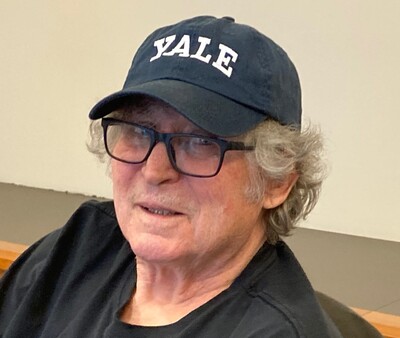 John Cunningham grew up in Greenwich, Connecticut. In this interview he discusses how he combined his interest in physical chemistry and math with the art influence that surrounded him since childhood.  After receiving a BA and MFA from Yale, he joined the Skidmore art department in 1967 when Skidmore was still an all-female institution.  He discusses the influence of Josef Albers and the Yale approach to art that was prevalent among the 3 Yale-trained art professors already on the faculty, the effect of the transition to coeducation, the “Great Race” project to build a floatable object and the move to the new campus.  He further explores the introduction of the computer and later 3-D printing to art students.  Before and since his retirement in 2017 John has pursued science projects including an article published in Nature and presentations at science gatherings on building the pyramids.  John has received a patent for the Seicon isolator, favorably reviewed by Consumer Reports.