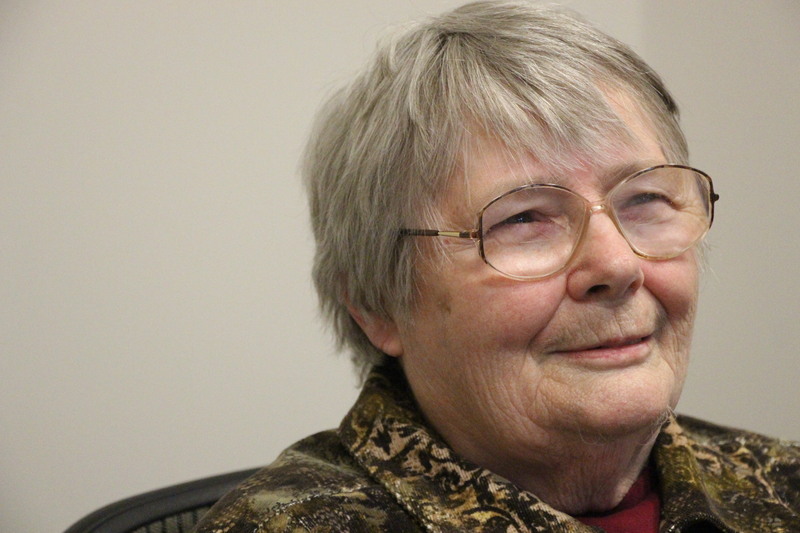 Eleanor Samworth came to Skidmore in 1964.  During her tenure she experienced the move to the new campus, growth in student enrollments, inception of coeducation in 1970, expansion of Liberal Studies, and computer use as central to many disciplines.  As chair of the Chemistry/Physics Department she oversaw the inception of Physics as a separate major and an agreement with Dartmouth for an engineering program.  In this interview she also discusses her involvement with the Skidmore Chapter of AAUP, especially a study of salary disparities between men and women faculty.  She remarks on how President Palamountain’s tenure was marked by construction and, during the Vietnam war era, tensions between faculty and administration.  Under the Porter presidency she saw an increase in money raised for student scholarships as well as a growth in student minority recruitment and funds for faculty support and endowed chairs.  Since her retirement in 1994 she has volunteered for a number of local organizations.