Leaders of the Nursing Department 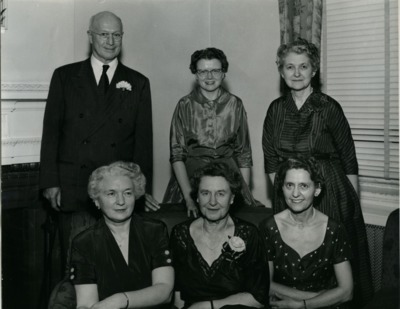 In 1928, Agnes Gelinas was appointed Department Chair of the Skidmore College Nursing Program. Throughout her time at Skidmore she was often affectionately referred to as “Agnes” by her nursing students. Gelinas was the longest running Department Chair of the Nursing Program, heading the department for 37 years. During her time at Skidmore, Gelinas was beloved and respected among the Skidmore community and widely recognized as a trailblazer in the field of nursing. For of Skidmore nurses, she stressed the importance of studying the sciences and also studying and understanding the human experience. 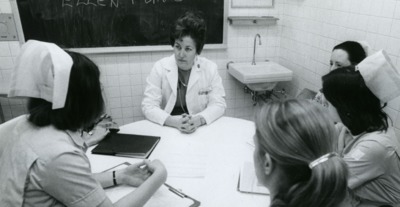 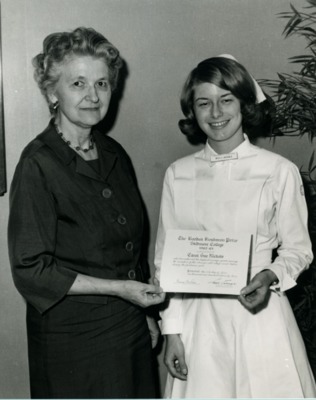 In this way Gelinas was ahead of her time, pushing for the interdisciplinary education on which Skidmore now prides itself. Gelinas created an atmosphere of empathy and compassion among professors and students and between students and their patients. Following Gelinas' retirment, Jean Campbell was hired as the new chair of the department in 1965. Campbell carried on Gelinas' tradition of dedication and passion for the field of nursing and continued to inspire her students.

Gelinas and Campbell are just two example of a distingushed and exceptional faculty. The nursing faculty encouraged students to think critically and examine the world through their teachings in classes and clinicals. Not only were the professors important leaders in their communities but they also acted as close advisors and personal mentors for the nursing students.

The New York City Experience →
Leaders of the Department