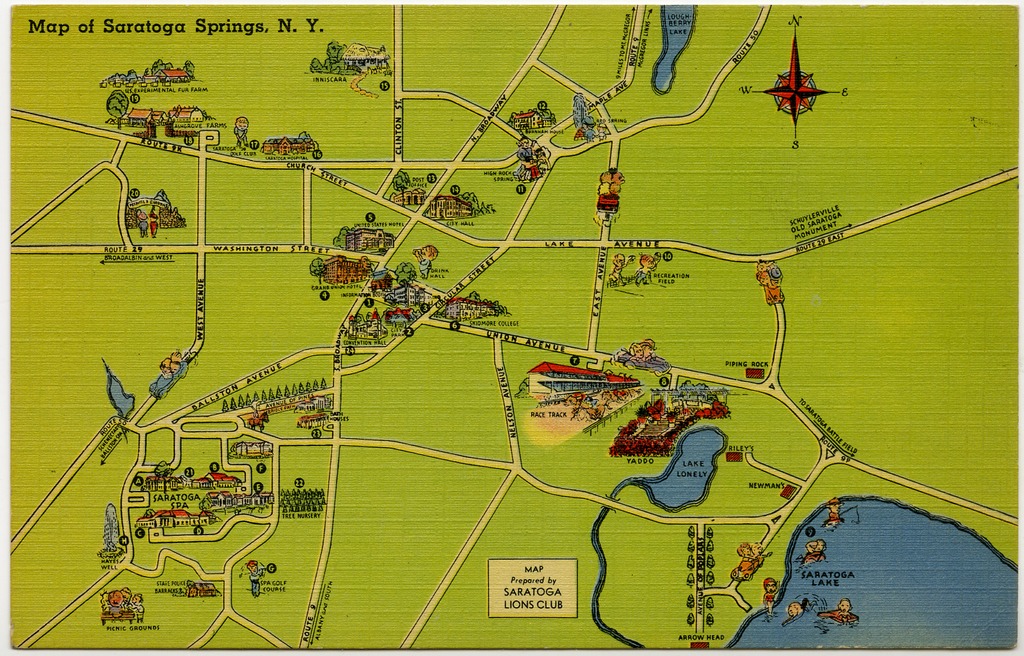 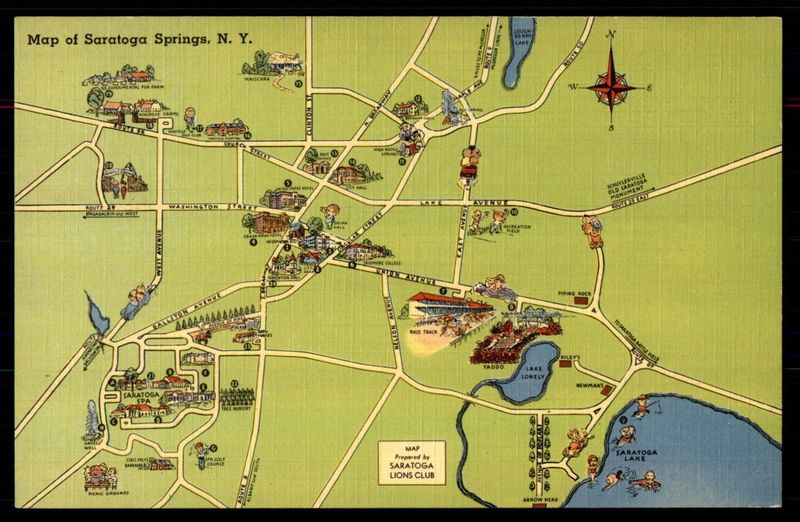 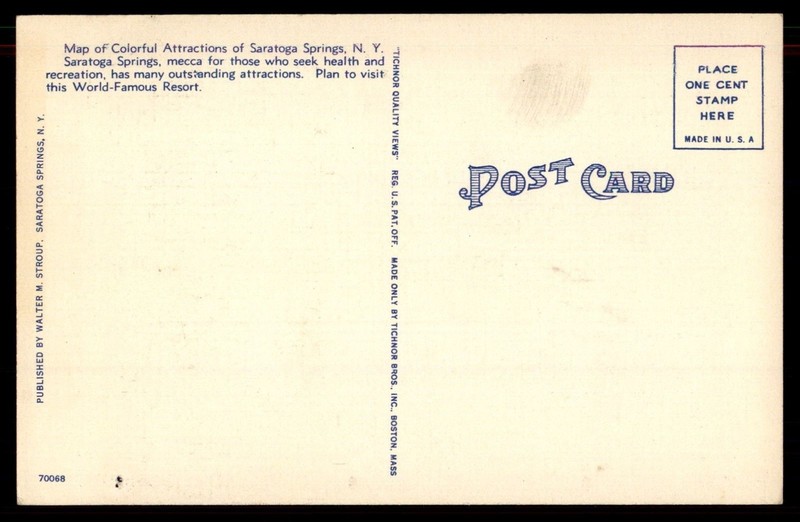 Place One Cent Stamp Here
Made in U.S.A.

This 1940s pictorial postcard map by the Lions Club (local chapter est. 1925) introduces a new kind of twentieth-century mapmaker, the civic organization, in this case boosting their hometown as a tourist’s paradise. The postcard’s back tells its story: “Map of Colorful Attractions of Saratoga Springs N.Y. Saratoga Springs, mecca for those who seek health and recreation, has many outstanding attractions. Plan to visit this World-Famous resort.” The pocket-sized souvenir map echoes nineteenth-century pictorial maps (albeit in a smaller package), featuring people enjoying the city’s leisure activities from recreational sports to relaxing at the spa. The map also highlights new cultural and intellectual institutions, including Skidmore College, Yaddo, and Irish tenor Chauncey Olcott’s Inniscara cottage. By 1940, cars had become a popular means of transportation for visitors, and the map reflects the ability and desire to explore beyond the city; arrows point the way to distant sites, including Albany and the Saratoga Battlefield.

This postcard was printed by the Tichnor Brothers company of Cambridge, MA, which created thousands of postcards, mostly of U.S. vacation destinations, in the 1930s and 1940s. Take some time to browse the Boston Public Library collection of Tichnor postcards on Flickr.  There are over 100 postcards of Saratoga Springs, with emphasis on the racetrack, recreation (from skiing to golf), Saratoga Spa State Park, churches, libraries, private residences and downtown hotels.

A similar map, on a yellow background, was also prepared for a Lions Club brochure. This map and brochure can be seen at the Saratoga Maps digital collection at Skidmore College Library, Saratoga Springs: America's Greatest Spa.