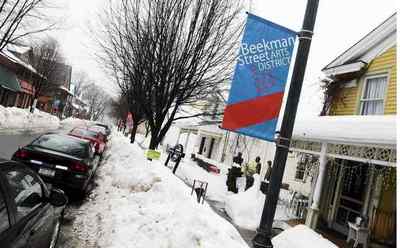 The overarching theme of the interview I conducted displays Mr. Plaskett's doubtful yet hopeful view for the future of the Lodge. He has been living in Saratoga and participating in the Lodge since 1998 - he has been an Elks member since his youth. As a senior citizen, he remarks the shift he has observed in the priorities and reasons why people join (or do not join) the lodge. Lastly, he focuses on the importance of knowing and maintaining the history of the Elk's lodge, as there has been blatant prejudiced disregard for the continuation of the lodge by the larger Saratoga community. He hopes that by keeping history alive and continuing the narrative, the essence of what Elkdom means to the Black Elks will be kept alive as well.


00:00:59.37: Discussion on decline of participation of Black Elks Lodge and fraternities in general. Misconception on lodge and change from the festive, young, organized, active participation it used to have. Focus on functions of lodge - bar, parties. Loss of knowledge of history.


00:04:35.11: Recounts history of the Drill team as an integral part of what Elks used to be. Used to be source of pride and representation of Saratoga in competitions with other cities. Meetings and social gatherings used to be face of Black Elks. Community, support driven.


00:08:32.23: Clarifies racist history of Elks lodge - exclusion lead to need for Black fraternity members to create own space. Emphasis on sameness between Elks of all races despite division in history.


00:13:13.07: Explains that original purpose of fraternal organizations was loving, giving. That purpose has been clouded.


00:14:12.58: Stresses importance of young membership, transparency of history key to people knowing the reason why they are joining,


00:16:56.34: Remarks Black Elks Lodge being the first and last Black lodge in New York. Declares desire to keep Lodge alive due to racial significance in Saratoga.


00:19:14.17: Discusses exclusion and lack of appreciation of the lodge by the larger Saratoga community. Lack of funding and desire by townspeople to keep lodge alive.


00:21:47.05: Notes how lodge historically had auxiliary attractions to gain membership that no longer exists.


00:24:05.39: States belief that lodge should have membership drive as rejuvenation effort.


00:25:42.40: “Can We Talk” by Tevin Campbell starts playing in the distant background, remarked by Mr. Plaskett as he discusses meetings historically being members only.


00:26:43.18: Describes color guard - women in parades held by fraternities in past who would wave the fraternity’s flag and do a routine to introduce the fraternity being represented.


00:28:48.31: Not many original Elks members left to remember and recount history and legacy to newer generations.


00:31:03.04: Downplay of lodge’s legacy and importance by the rest of Beekman Street and the rest of Saratoga. Makes clear that the town actually wants to see the Arts District and the Lodge gone.


00:32:45.51: Arts District began being rented by people of too wealthy a class for artists to survive and maintain the businesses and homes they had along Beekman Street. Severity of the collapse, refinancing occurring around 2010.


00:37:14.01: Closing. Remarks importance of interviewer’s interest in the history of the Lodge and maintaining the narrative of the Lodge as a method to draw attention to it. Emphasis on knowledge of history as most powerful tool to use. Unsure if he believes Lodge should attempt to rejuvenate itself or let go of history, disappointed tone.