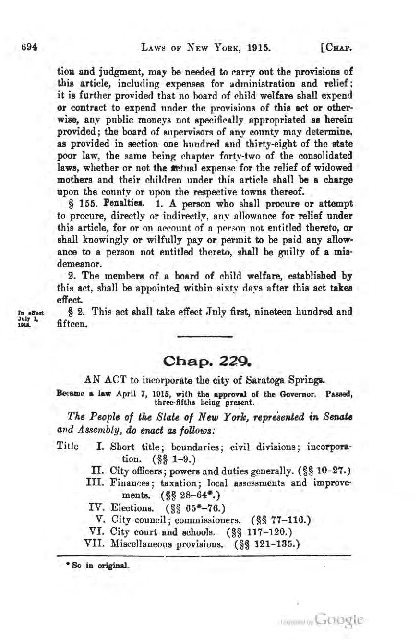 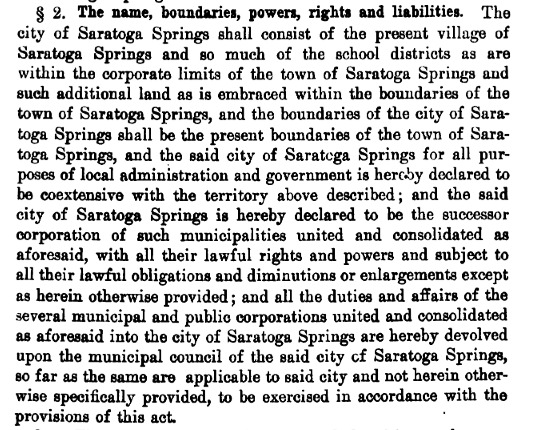 Laws of the state of New York. : passed at the one hundred and thirty eighth session of the legislature

TITLE I
Section 1. Short title. This act is. a public act and shall be
known and may be cited by the short title of " charter of the city of Saratoga Springs."