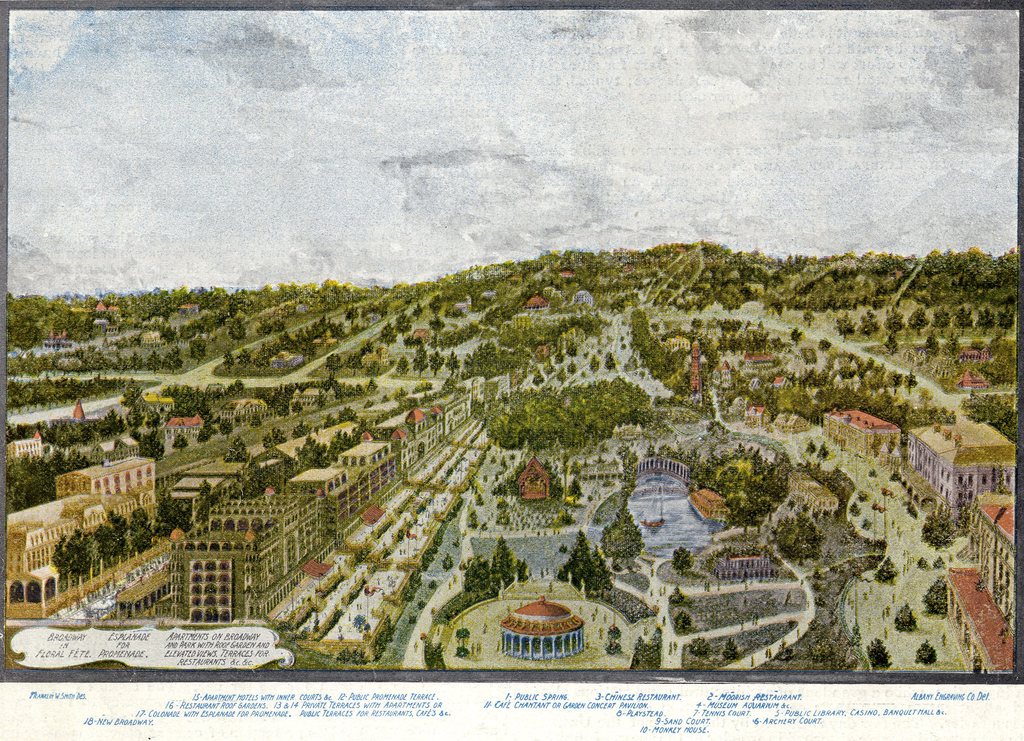 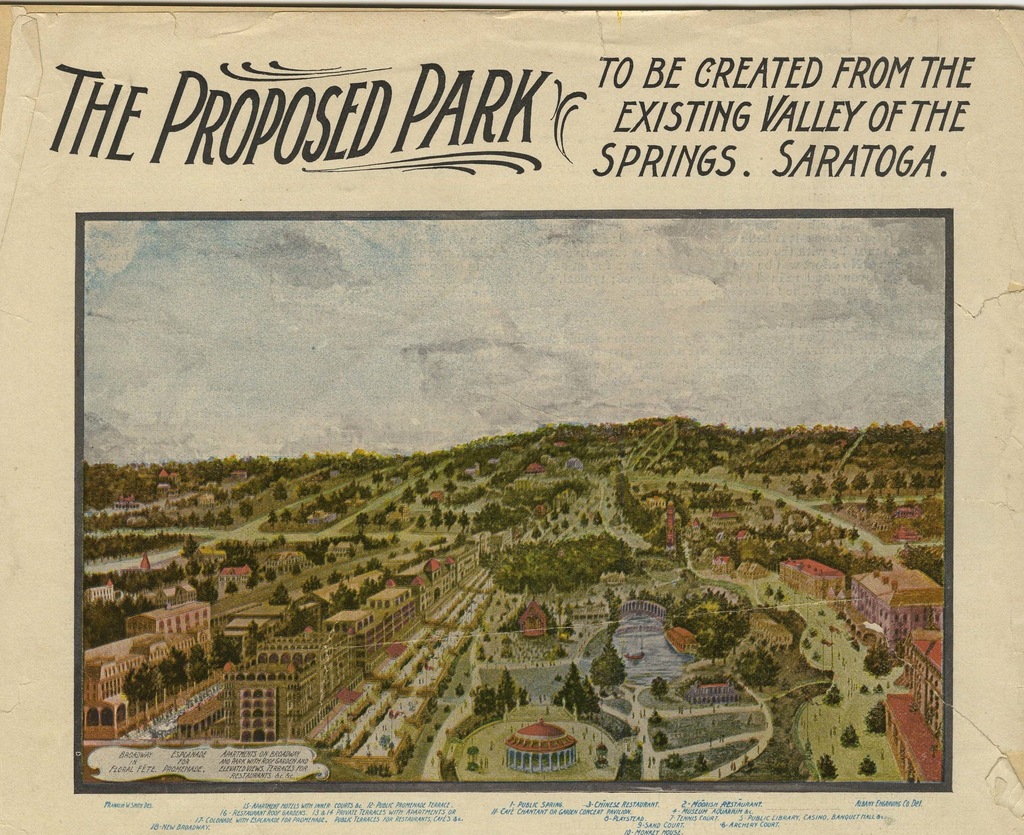 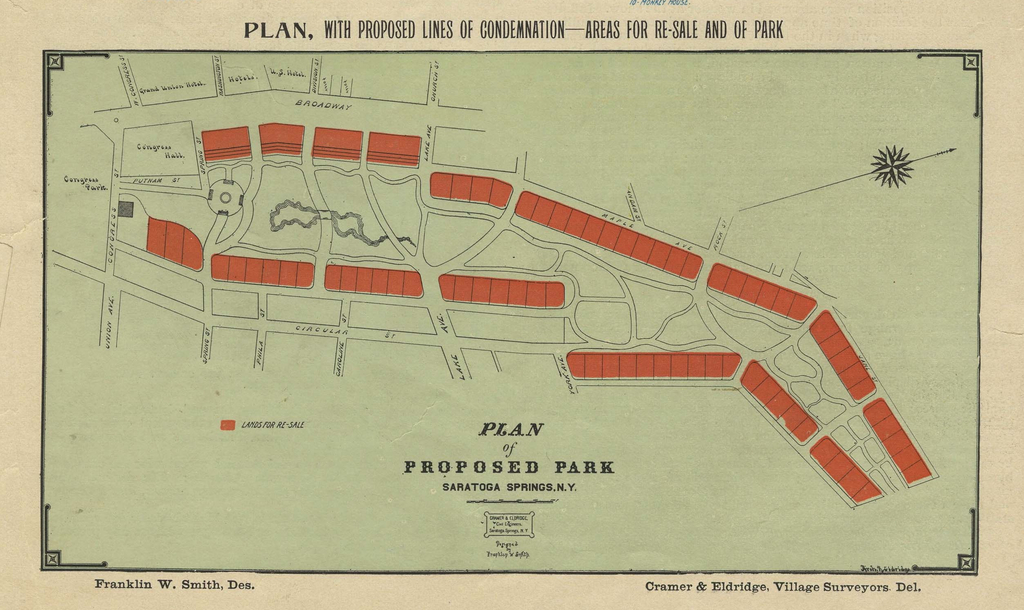 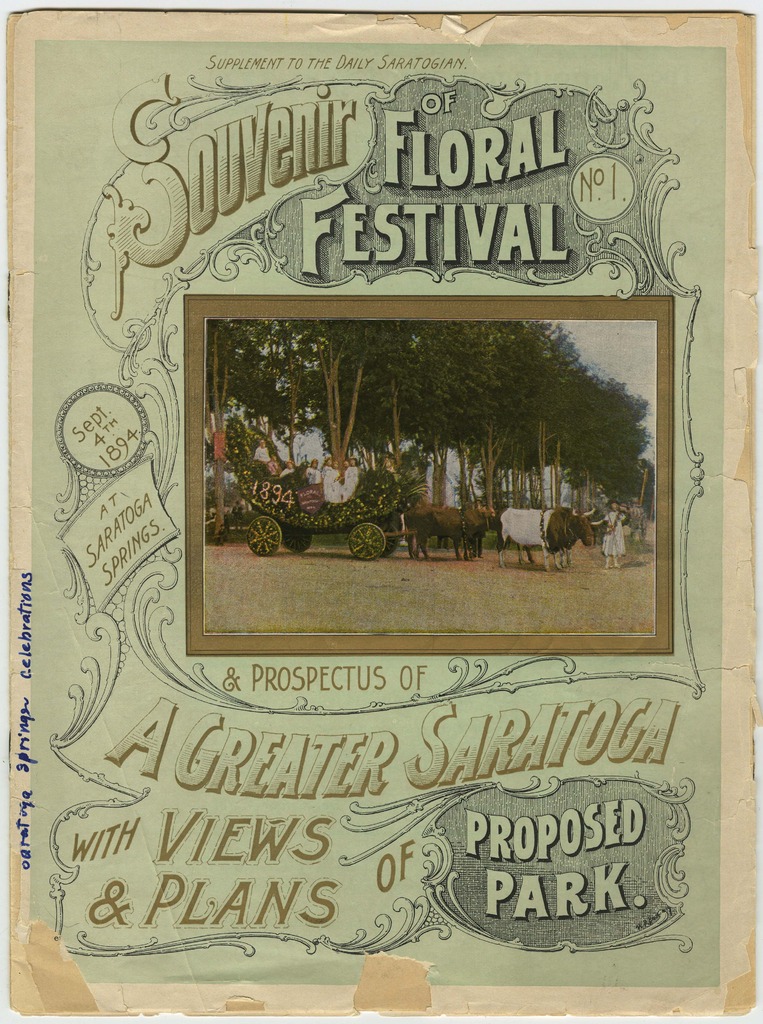 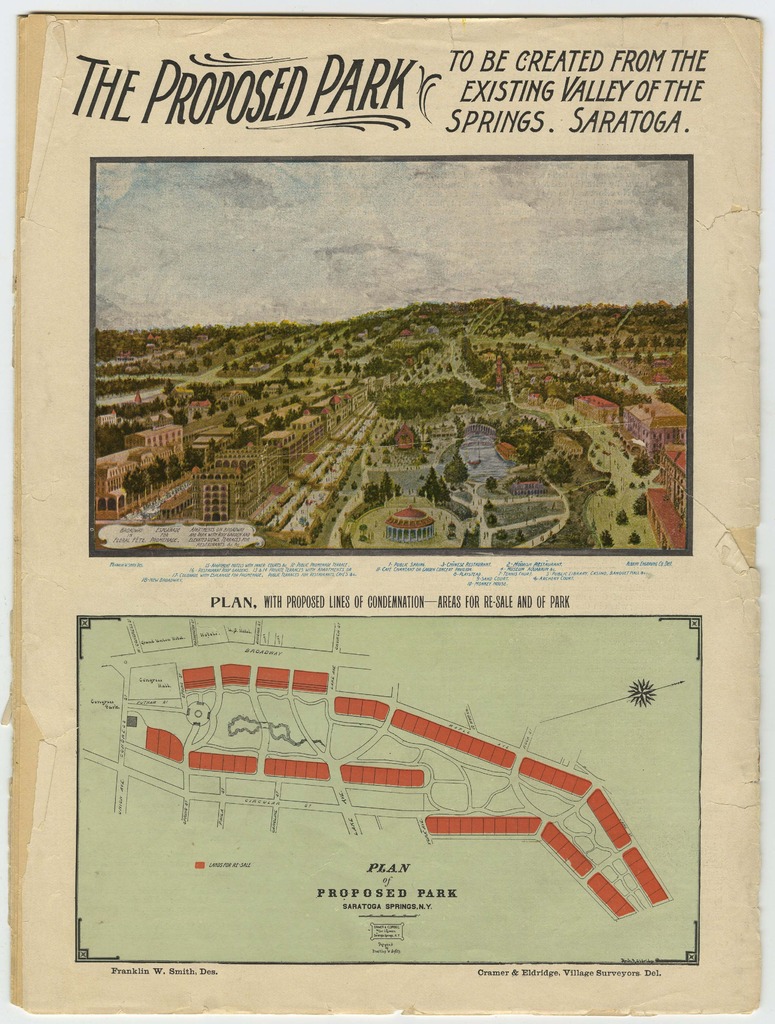 In 1893, wealthy Boston merchant Franklin Webster Smith, a regular summer resident of Saratoga Springs, established The Floral Festival Association of Saratoga Springs as part of his vision for "a greater Saratoga." Attempting to counter Saratoga's popular image as a haven of vice and gambling, Smith urged a number of civic improvments as well as public events including the annual grand floral fête, featuring a parade and ball, inaugurated in September of 1894. The festival became a popular annual event extending its reach to include a literary and historical conference (added in 1895). By 1902, however, the event became too expensive, and after that fall's festival (which featured 20 huge floats purchased directly from the Mardi Gras in New Orleans and shipped to Saratoga by rail) the floral festivals were discontinued. (cf. Jeff Durstewitz and Teri Blasko "Floral Fete", Saratoga Living Magazine, Vol. 15, No. 2, Summer 2013).

This supplement to the Daily Saratogian both celebrated the first festival and planned for its future.  Click here for an image from the program of the first fete.

This pictorial view and plan depict Franklin W. Smith's vision of Saratoga Springs in the late nineteenth century. The pictorial map illustrates buildings thought up by F. W. Smith in 1894 for a renovated and renewed future of Broadway and Saratoga Springs. It includes an index of planned buildings including 'Public Spring,' 'Chinese Restaurant,' 'Garden Concert Pavilion,' 'Playstead,' 'Monkey House,' 'Sand Court,' 'Moorish Restaurant,' 'Museum Aquarium,' 'Tennis Court,' 'Public Library,' and an 'Archery Court.'
While Smith designed (des.) both maps, the pictorial view was brought to life by the Albany Engraving Company, whereas the plan was the work of village surveyors and civil engineers Louis H. Cramer and Thomas Eldridge

This is the first time that a planning map includes a plan for a Public Library in Saratoga.

The view is colored and uses foliage to create a vision of Saratoga that could be applied in the future.