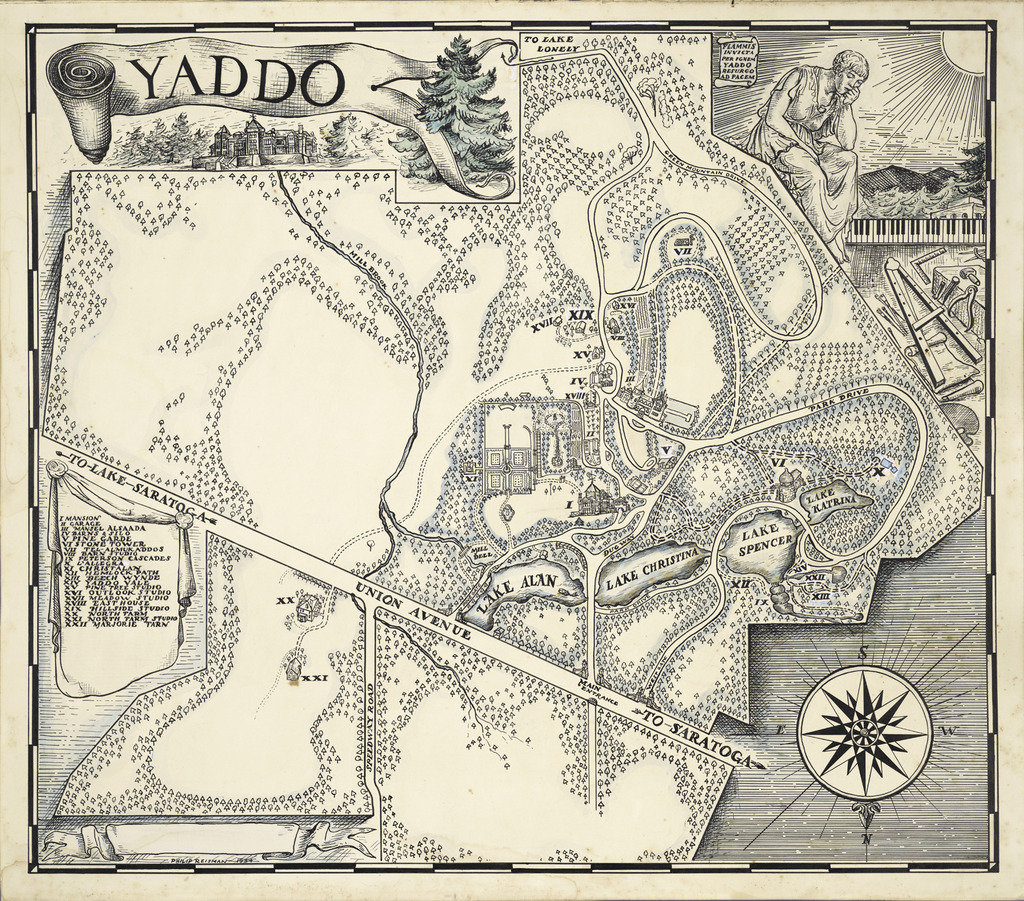 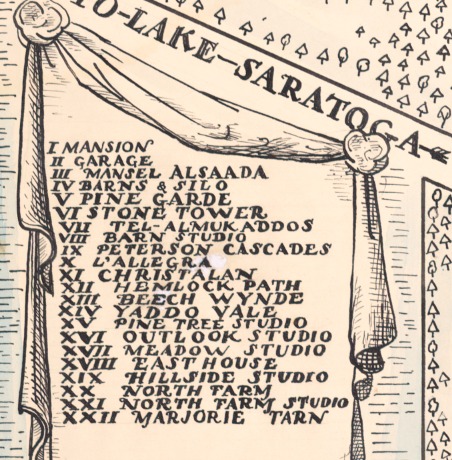 The Corporation of Yaddo

The Corporation of Yaddo,

This map shows the Yaddo estate and gardens in a map drawn by Philip Reisman (1904-1992) during his 1934 residency there. The spots marked on the map legend as North Farm and North Farm Studio indicate roughly where Exit 14 is now located. Philip Reisman’s sketch map of Yaddo captures a personal take on outdoor setting for members of this artist’s colony on the former country estate of Spencer and Katrina Trask. Whether thinking, writing, making music or strolling, the artists in residence at Yaddo in the 1930s roamed a park-like setting and lodged in studios recently converted from a model farm’s barns and stalls. Today as in Reisman's day, the mansion and Italianate rose garden welcome visitors. But in the late 1950s, North Farm and North Farm Studio were cleared for I-87 (the Northway), and its Exit 14. Yaddo leases the 150 acres that are now across the highway to Saratoga National Golf Course. Five new live-work studios will be built this year along four ARTIFICIAL? lakes — named after the four Trask children.

For more details on Yaddo and the Trask family, see the New York Public Library's finding aid to the archive.