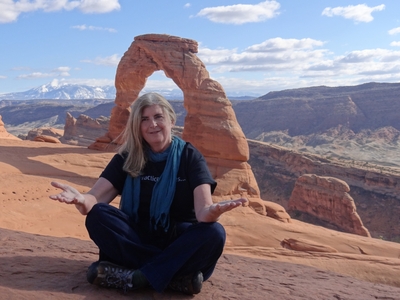 Trish Miller, dedicated Flurry participant and teacher of banjo at Skidmore College, describes her background in folk music and traditional dance and discusses her experiences with the annual Flurry Festival in Saratoga Springs.

0:28 – Discusses her early background with music and dance, how she first became interested in dancing and folk music

2:55 – Becomes a member of touring dance troupe The Green Grass Cloggers, which is how she met her husband John Kirk because he was one of the troupe’s musicians

4:20 – Trish discusses what brought her to Saratoga Springs, and what the town was like when she first came here, Paul Davis

7:00 – how Saratoga Springs has affected The Flurry and vice versa

9:20 – how interest in folk music has evolved over the past few decades

15:50 – Ways that the festival has changed, Hudson Mohawk Traditional Dancers

18:35 – sense of community from within and beyond the festival

21:55 – what a participant/visitor of the Flurry could expect to experience (both positive and negative), the energy/atmosphere of the festival’s environment

28:06 – discusses some various styles of folk music and dance at the festival, Jay Ungar, Pierre Chartrand

32:00 – discusses some of the international participants in the festival

34:20 – discusses Bosnian performers at festival and speaks a bit about the Bosnian culture present in nearby New York state

35:35 – discuses hip-hop stomp dance group from Albany and how the group expresses ideas of social justice and politics

37:55 – recollects on the year that Saratoga lost power due to snow right as the festival was starting and how the dedicated participants overcame this obstacle

41:20 – Trish’s hopes for Skidmore to become more involved in the Festival