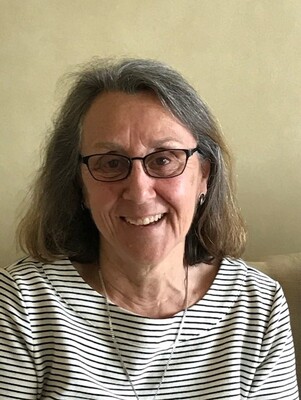 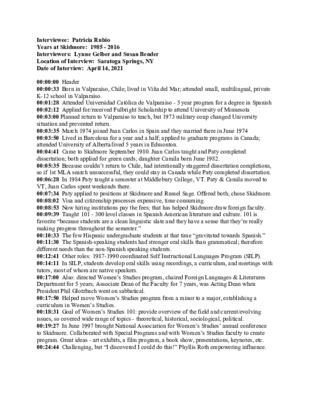 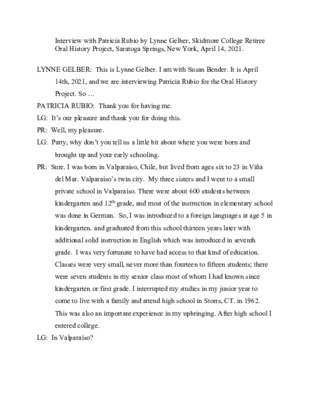 Patricia Rubio began her career at Skidmore in 1983 after graduating from Valparaiso University in Chile and, after arrival at Skidmore, her PhD at the University of Alberta in Canada. She filled many roles at Skidmore - coordinator of the self-instructional language program, Director of Women’s Studies, Chair of the Department of Foreign Languages & Literatures, and Associate Dean of the Faculty. Since retirement in 2016 she has helped run her sister’s restaurant in Chile, taught ESL to backstretch workers at the Saratoga track, played a great deal of golf and serves as chair of the board of the Saratoga Chamber Players.

In this interview she also discusses the complexity of the self-instructional language program, changes in the Women’s Studies program and its evolution to a full major, the influence of Dean of Faulty Phyllis Roth, her work with Dean Muriel Poston, and issues of diversity.