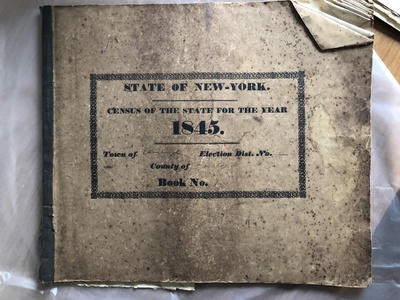 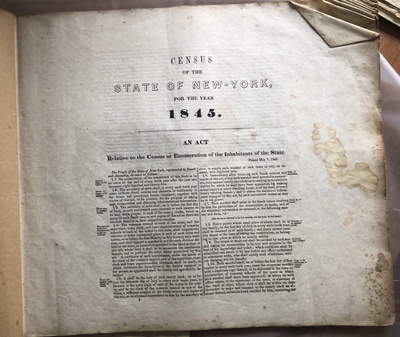 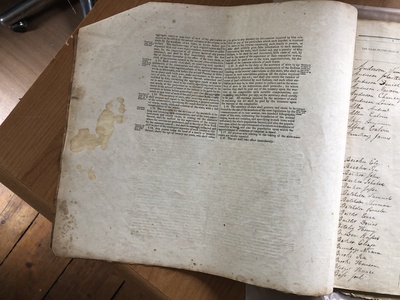 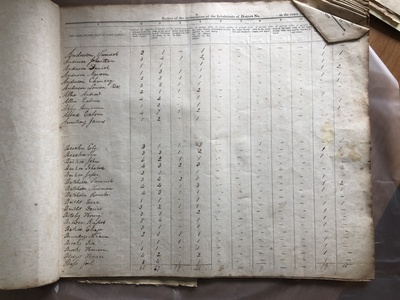 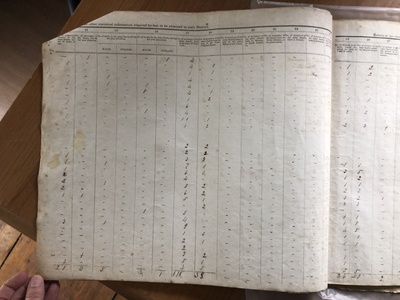 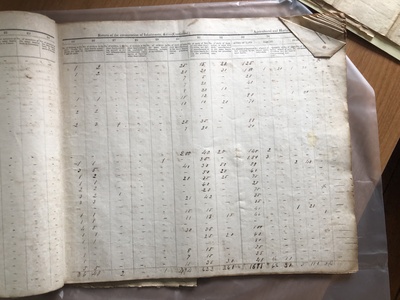 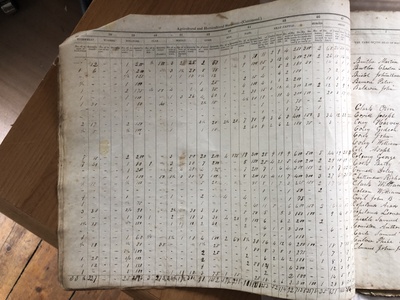 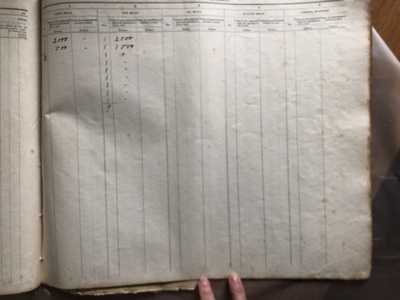 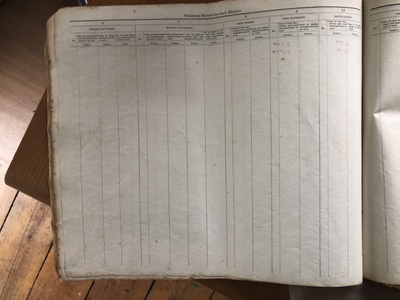 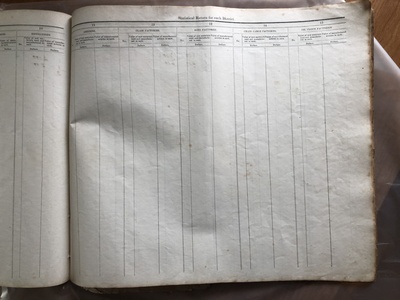 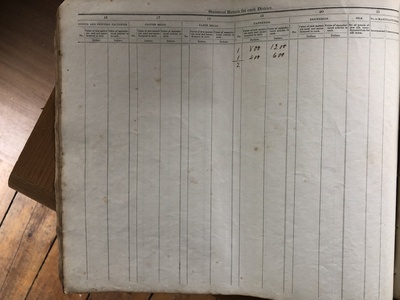 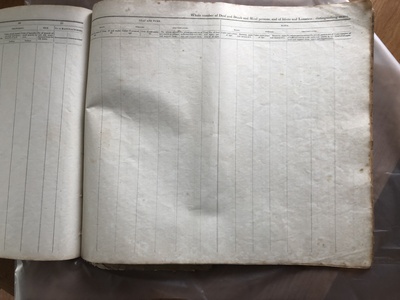 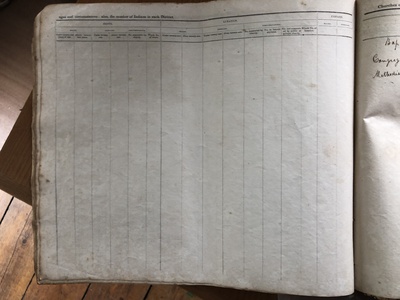 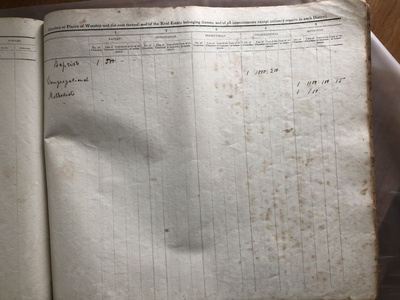 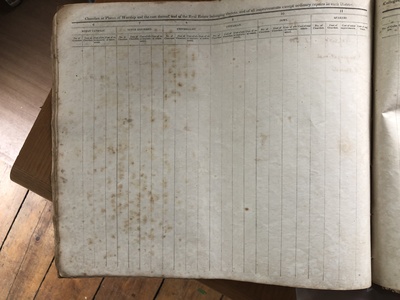 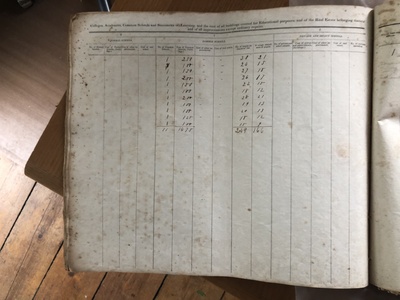 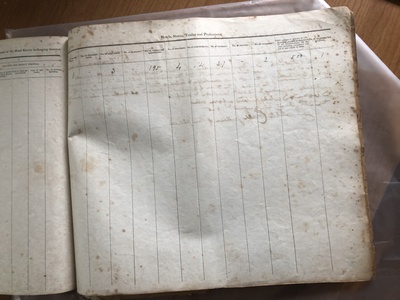 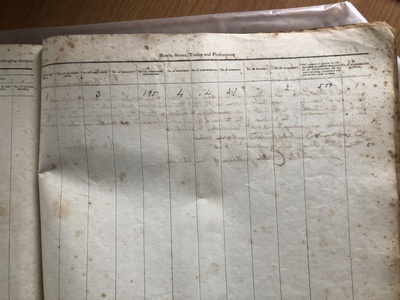 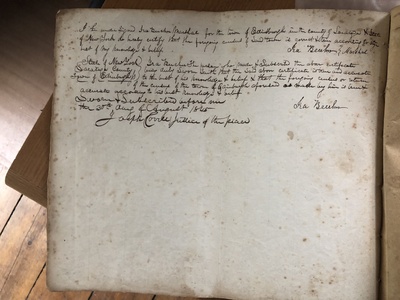 New York State's second Constitution (1821) required a state census starting in 1825 and every ten years after that. Censuses were then taken ever ten years until 1875. The State's copy of these census records were destroyed in a 1911 fire, so books such as this one, recording the residents, origins, activities and religious and educational institutions of the town of Edinburgh (now Edinburg), Saratoga County, are rare and valuable records which offer insight into many aspects of everyday and community life.

The Brookside holds the entire book, State of New-York, Census of the State for the Year 1845. Town of Edinburgh, Election Dist. No. (blank), County of Saratoga, Book. No. 1, for 1845.  Shown here are the first set of household entries (in 6 pages, to reveal all 50 questions) as well as the community questions about industry, religion, education, people with disabilities, and businesses (hotels, restaurants, professions) asked of the census taker at the end.

While such censues are incredibly informative -- and reveal (for example) expectations that most cloth was made at home, and the principal crops census takrs expected farmers to produce -- they are also challenging.  For example, this census only asked the name of the head of household (usually an adult male) and "persons of color" in the household or family. In terms of place of birth, the census asked how many family members (but not whom) were born in New York state, New England, other US states, Mexico and South America, Great Britain, France, Germany and other parts of Europe.

The 1845 New York State Census asked questions about households with information about race, class, gender, manufacturing, nationality, education, and more in a family or home, with additional questions in the end about
1845

family members born in New York State; born in New England; born in any other state of the Union; born in Mexico, or South America; born in Great Britain, or its possessions; born in France; born in Germany; born in other parts of Europe;